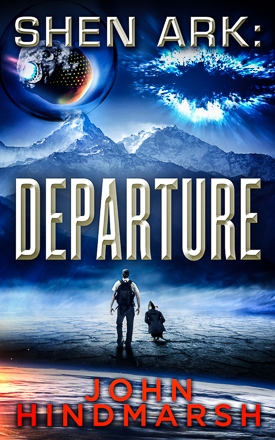 Dr. Joseph Krowe, a young scientist in London, develops a mind-bending drug—a pharmacological-chemical-nanite [PCN] mix—tests it on himself and almost dies. He tries to market PCN to a nightclub and disasters follow. The doctor barely survives. Meantime, his drug has initiated an accelerated evolutionary change in rats, creating New Rats. Their natural enemies—New Cats—also evolve, and a state of war exists between the two. Rats support Dr. Krowe, and he guides and influences them, as they continue to evolve.

The drug also affects some humans.

Freddie and his family befriend Sam, a young Rat who is a member of the Rat royal family, thus commencing a strong relationship between humans and Rats. Freddie—called Engineer by his friends—takes on responsibilities to aid the Rats’ plan to purchase a starship from alien refugees—the Shen. His task is to build the bubble warp drive which he designed; the drive, if successful, will allow the starship to travel at faster than light speeds. Engineer experiences violent attacks, love, deaths of family and friends, looming deadlines, and other challenges as he attempts to meet his commitments to support the Rats’ dream to travel in space.

Rats are impatient to board their starship and depart Earth.

Shen Ark: Departure is the beginning of a voyage that will follow Rats and a small group of humans as they attempt to achieve their dreams.